Location: Capital city of Jiangxi province, located in the north-central part of the province 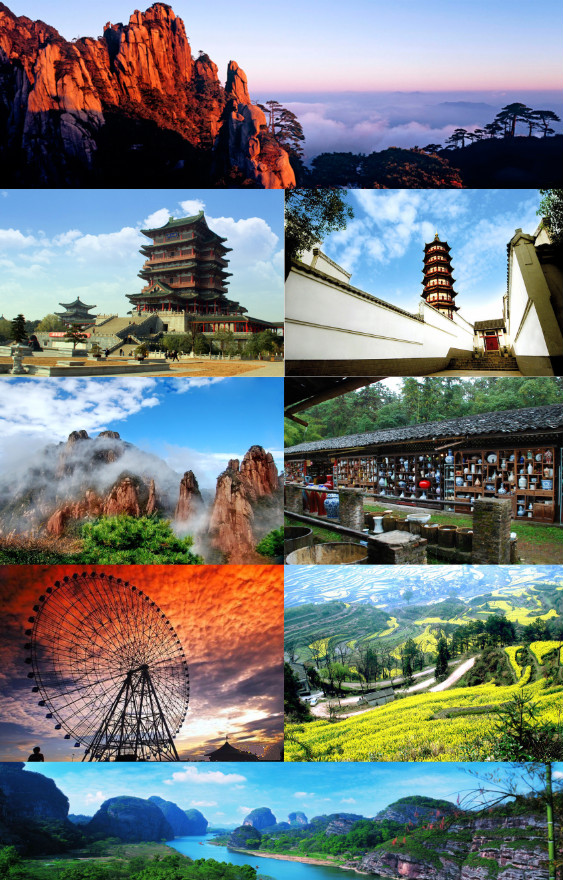 Rail: An important rail hub for southeastern China. The Nanchang Railway Station and the Nanchang West Railway Stations are the primary passenger rail stations of the city. Nanchang is connected to Hangzhou, Changsha and Shanghai via CRH (China Railway High-speed) service.

Metro: The Nanchang Metro is under construction with the first line expected to enter service in 2015.

Water: Nanchang is situated on the Gan River, the Fu River, Elephant Lake, Qingshan Lake, and Aixi Lake. Hence the water routes for Nanchang are critically important for the economy, trade and shipping.Nanchang Port is the biggest port on the Gan River. Passengers can take Nanchang Port and travel by boat to the Jinggang Shan and Tengwang Pavilion. There are passenger ships that also visit Poyang Lake, Stone Bell Hill, Poyang Lake Bird Protection Area, Dagu Hill and other attractions.

Wuyuan, one of the most charming villages in China, 2.5hours drive

Catering culture : noted for its GAN cuisine, characterized for its delicious salty and spicy dishes

Forestry cover 63.1% of the province, ranked 2nd in China

A closer look at real China, a better impression on the people