HOME NOTICES We Are Jufers 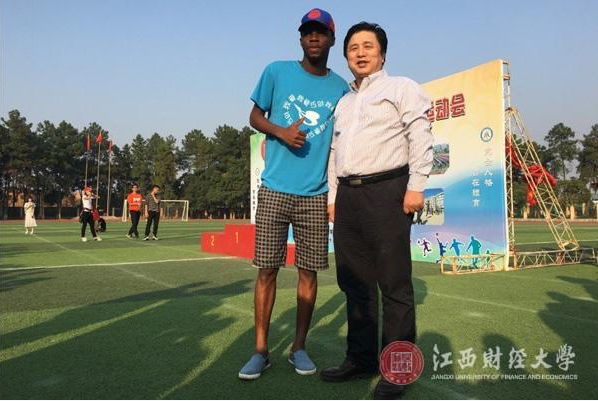 VP Wang Award to the Champion in 100m Running 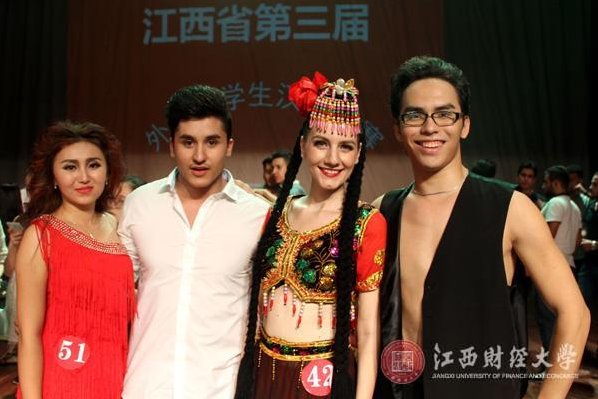 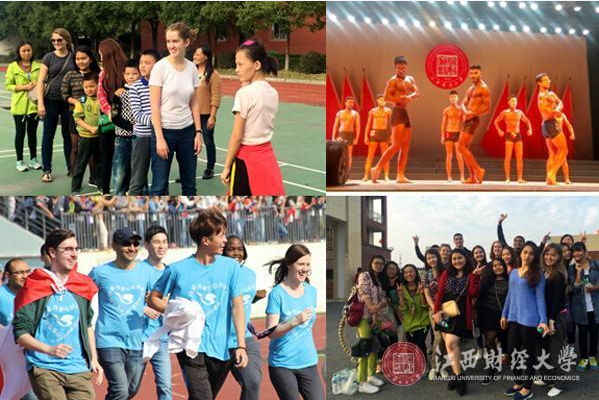 This semester has seen an increasing number of foreign students in our university, with the amount of 170 students. To fully and effectively implement the spirit of educational exchange Study in China Plan, the International Office has encouraged and organized foreign students to join in various activities inside or outside the campus, with the hope of enriching their Extracurricular Life and improving their perception of China’s development and culture. Our foreign students are contributing, as a part of JUFE to the accelerating construction of century-history famous university.

On campus: debut is just beginning

At the beginning of the semester, foreign students for the first time have formed a square to attend the opening ceremony and the Peruvian boy Lei Xiaolong on behalf of all gave a brief speech, vowing to be an eligible member of JUFE.

From Oct 15th to 17th, an “international whirlwind” swept across the Hongqiaoyuan Field: Nine foreign students took part in the 35th athletic meeting of our university, which turned out to be a colorful hue. More excitedly, Muhammed from Nigeria won the championship in the men's 100-meter sprint.

Afghanistan student, Said Azizullah Hashimi and Ghananian student, Acquah won the 65-kg silver medal and the 75-kg one respectively in the Second Bodybuilding Competition of JUFE, on the Oct 20th.

on the Oct 30th ,the 6th Model Competition of JUFE witnessed the outstanding performance of South Korean student, Kim ,who finally entered the finals schdueld on Nov 20th .

Outside campus:  life is full of color

On the Oct 25th, the Afghanistan student,Elyas(Chinese name Ai er),Kazakhstan student, Albiola(Aili) and Algerian Sagynysh,(Meng Yiqing) participated in the 3rd Jiangxi Province Chinese Competition for Foreigner, which was held in Nanchang University. Student Meng Yiqing and Aili was shortlisted for the Nov 22nd finals, both of whom had great potential to win excellent achievement for our school in such provincial competition.

On the Nov 5, under the organization of International Office and Volunteer Association, foreign students( Nedi, Stephanie and so on) accompanied by volunteers came to the special education school in the Nanchang city’s newly-built area. Despite the language barrier, children and foreign students had great fun in the playground by playing all kinds of games. Such as ,twirling the hula hoop, playing basketball and doing the childhood-featured game“eagle catches the chickens”. This volunteer activity not only exhibited the loving hearts of foreign students and brought precious happiness to the children, but also left foreign students a warm and moved experiment.

On the Nov 7th , the Laotian foreign student, Jincan joined in the record of YiNan Talk Show at the invitation of the Nanchang Television Station. With another special guest, our School of Humanities’ professor, Wu Hui, student, Jincan and the host held hot debates on the Chinese livelihood issues, which intangibly displayed one excellent aspect of our university teachers and foreign students.

On the evening of the Nov 9th, the First Qinyun Mountain –Asia Nice Figure competition ended in the Nan Chang Wanda Hotel. Foreign student of our university, Said Azizullah Hashimi were awarded with the Best Charm Award by the international star Li Bingbing, which was quiet exciting moment.

And this semester has seen Thai student Yao Limei and Laotian Jincan joining in the woman basketball team of JUFE, who with the whole efforts of the team, won the forth consecutive triumph for our university in the CUBA of Jiangxi Section.

Those in the T-shirt with the character Wo Ai Jiang Cai on, from the 58 different counties and areas, have deeply marked their life with JUFE.  After two months’ adaptive phrase, the foreign students are gradually accepting their identity as Jufers .with the JUFE’s dream and ownership, they are devoted themselves to activities inside or outside, making their contribution to the internationalization education of JUFE.