The 3rd Provincial Chinese Contest was concluded in Nanchang University in Nov.22. The Contest was sponsored by Provincial Educational Department with the aim to promote and stimulate Chinese language and culture among international students within the province. Vorfi, Albiola（Chinese name: 艾丽）from Albania and Sagynysh Nurdybek(Chinese Name：孟忆晴) from Kazakhstan entered the top 20 and won the third prize and excellent performance prize, best results ever. VP Wong Xiaoping was invited to attend the awarding ceremony in that evening. 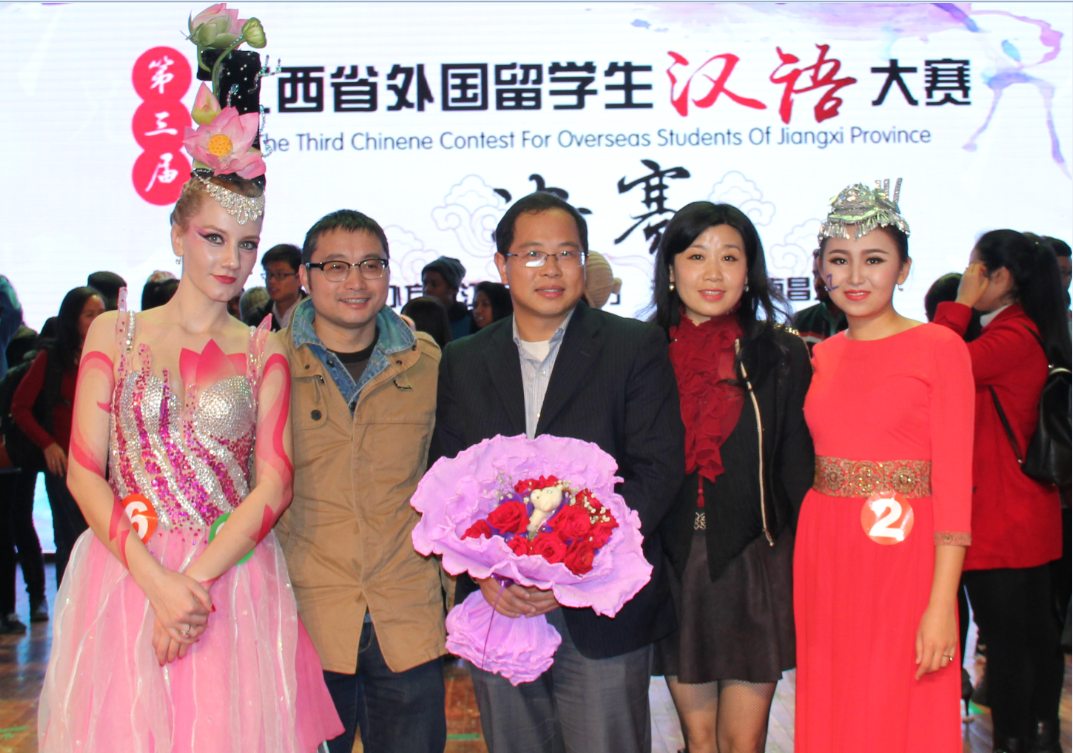 The contest lasted for about two month, starting from audition, first round, semi-final and final. 20 among 60 contests finally entered the final contest. In the final part, contestants are required to show their comprehensive language abilities, talents and flexibility at stage. As the Chinese saying goes, the Eight Immortals crossing the sea,each one shows his or her own prowess(八仙过海，各显神通). Contestants presented their performance in the form of  the poetry, essays, songs, strength, martial arts, calligraphy and other forms of traditional Chinese arts, and won cheers and applauds from audience.

Contestants from our university expressed that they really appreciated the chances to take part in this contest and found that Chinese culture are so adorable that they will work hard in language.

JUFE attached great importance to this contest and invited teachers to help and train contestant in language and talents for last two month.